A brief introduction to Cognitive Visualization 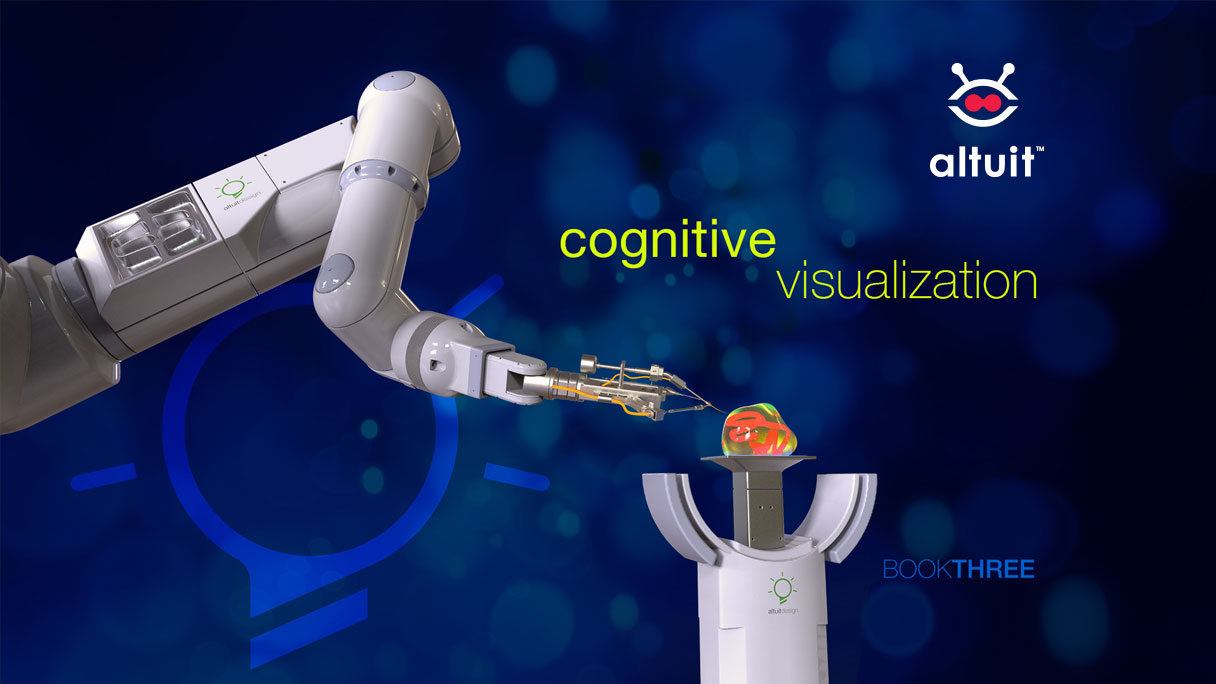 Our Design Thinking process starts with a D1. And a big part of what makes us different is a concept called Cognitive Visualization.™ So, exactly what is it?

Let's go back in time to before the iPhone. When Jobs thought about creating the first iPhone, he didn't start with a functional spec which outlined all the must haves for a new cell phone. Had he done so, at the very top of the list would have been the requirement to have a better keyboard than Blackberry. Instead, he took a step back and started with his hand, and what fit in it, and how it would feel, and look and operate. And to do this, he and his team used physical models and images to communicate to themselves and the team what it was they were thinking.

That is a cognitive visualization. The ability to take the whole of an idea and manifest it into something which can be seen or even held or interacted with. This does a number of things for a project or idea.

Here are some examples

A museum asked if we could evaluate their exhibits to see what could easily be made into compelling augmented reality (AR) experiences for their younger customers.

We conducted a D1, and learned in the workshop more about what it is they wanted, when they wanted it and we together brainstormed on some of the projects. We then created a book for them which showed each exhibit and how we could ad an AR component to them.

A California company approached Altuit wondering about what types of different vape devices might be created to help them differentiate from existing products. Our reply was created quickly and demonstrated some different approaches they might like to see. While only one of these continued forward to the next stages, all were instrumental in helping shape the conversation of what could be.