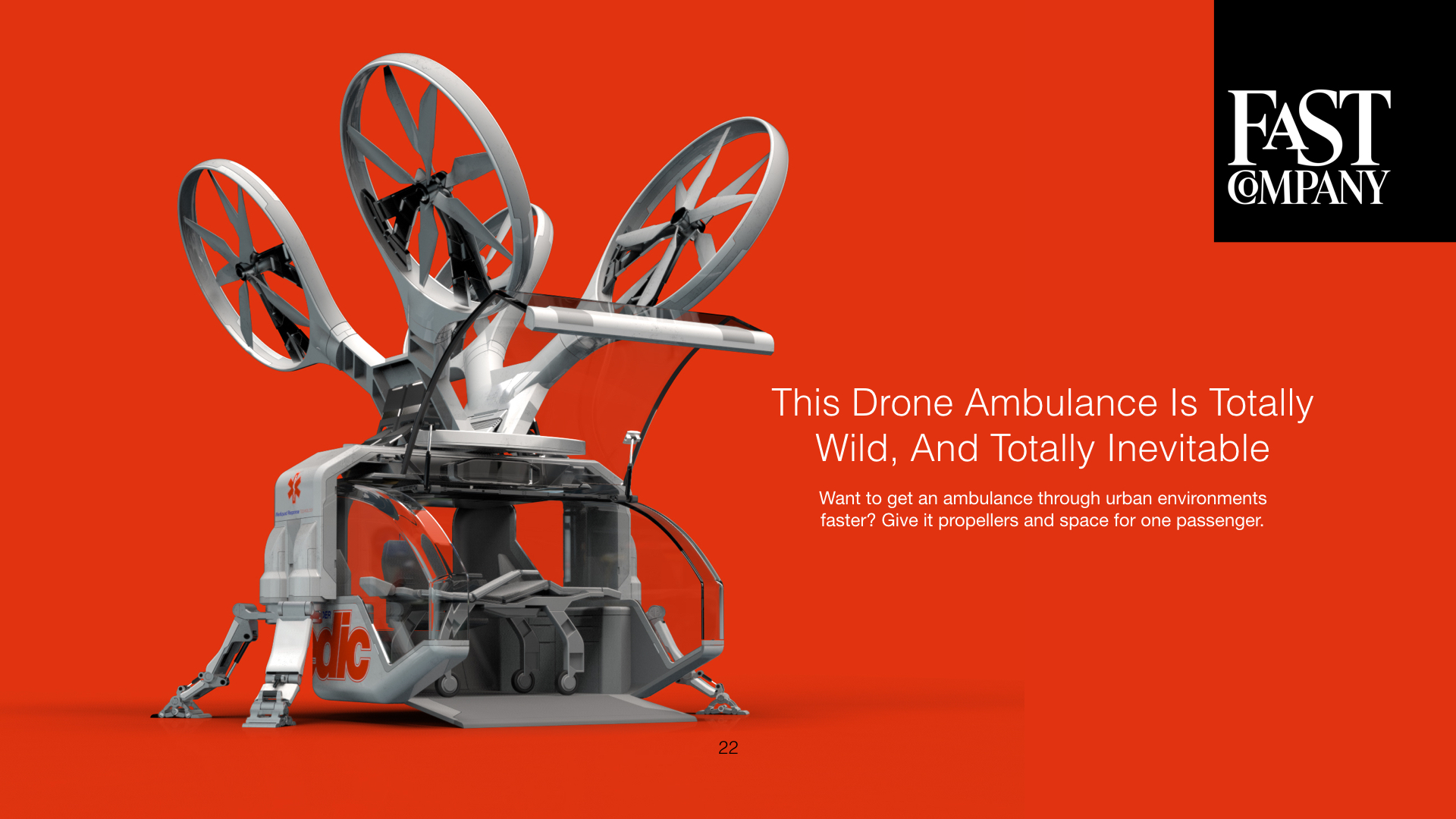 What to do? FastCo called again and this time wanted some ideas for next gen tech as applied to the medical industry. Some of us got togethers and came up with a group of Post-Its and on one of them was this idea. An autonomous ambulance drone.

Pretty cool idea when you think of it. How about using drones for good instead of industrial espionage, battlefield surveillance and creepy neighbor videos?

Yep, this one had potential. Only one problem. An incredibly short deadline. Like 2 weeks– and there were others to do as well. After a number of communal whiteboard sketches, went right to 3D for early visualization. Using a technique called kitbashing, the drone on the right was created. Kitbashing is cool because you can use all sorts of different existing models, from places like SketchUp warehouse, and just mishmash them together. The idea is to create some sort of rich visual texture, to infer shape and complexity, without having to actually draw it all.

We figured there would probably be a single attendant who would fly with the drone. Some sleepless nights later, the drone was born. Someone said this single concept received over $3M of media attention and one company in Europe actually telling us the rotor coverage and blade density actually would work. Who knew? More info can be found at FastCo. 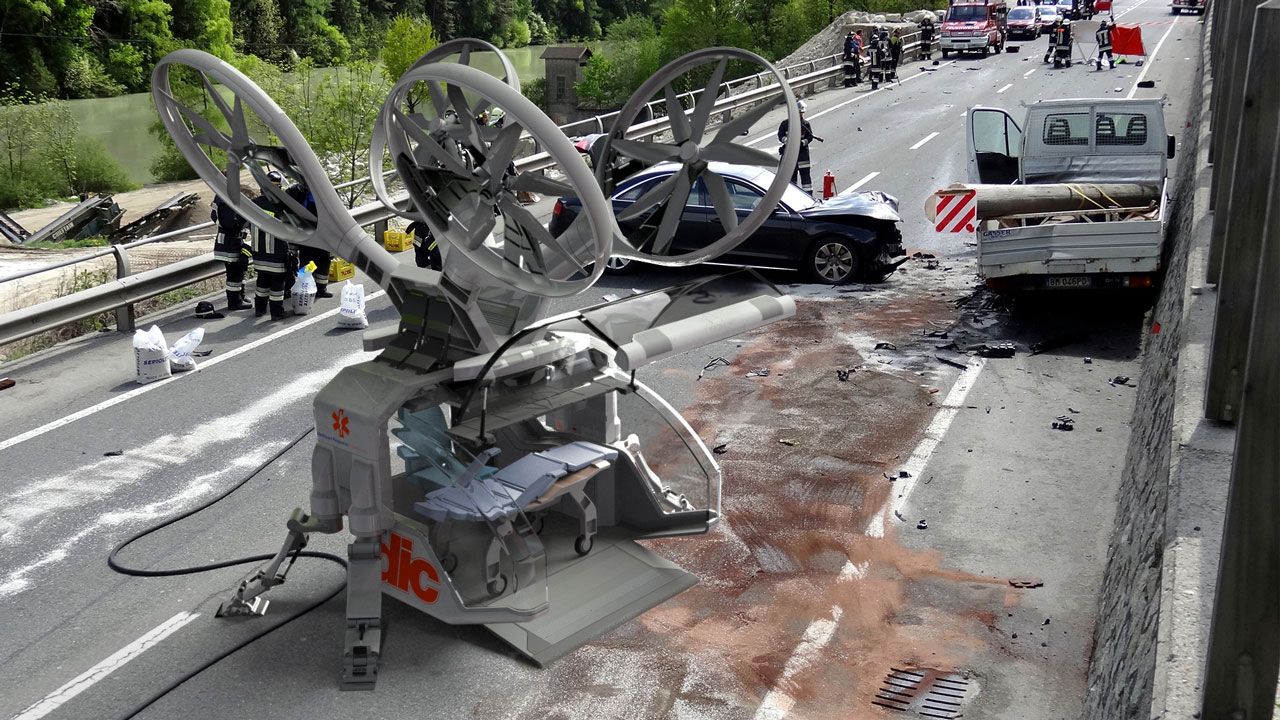