What is Alamo Reality? 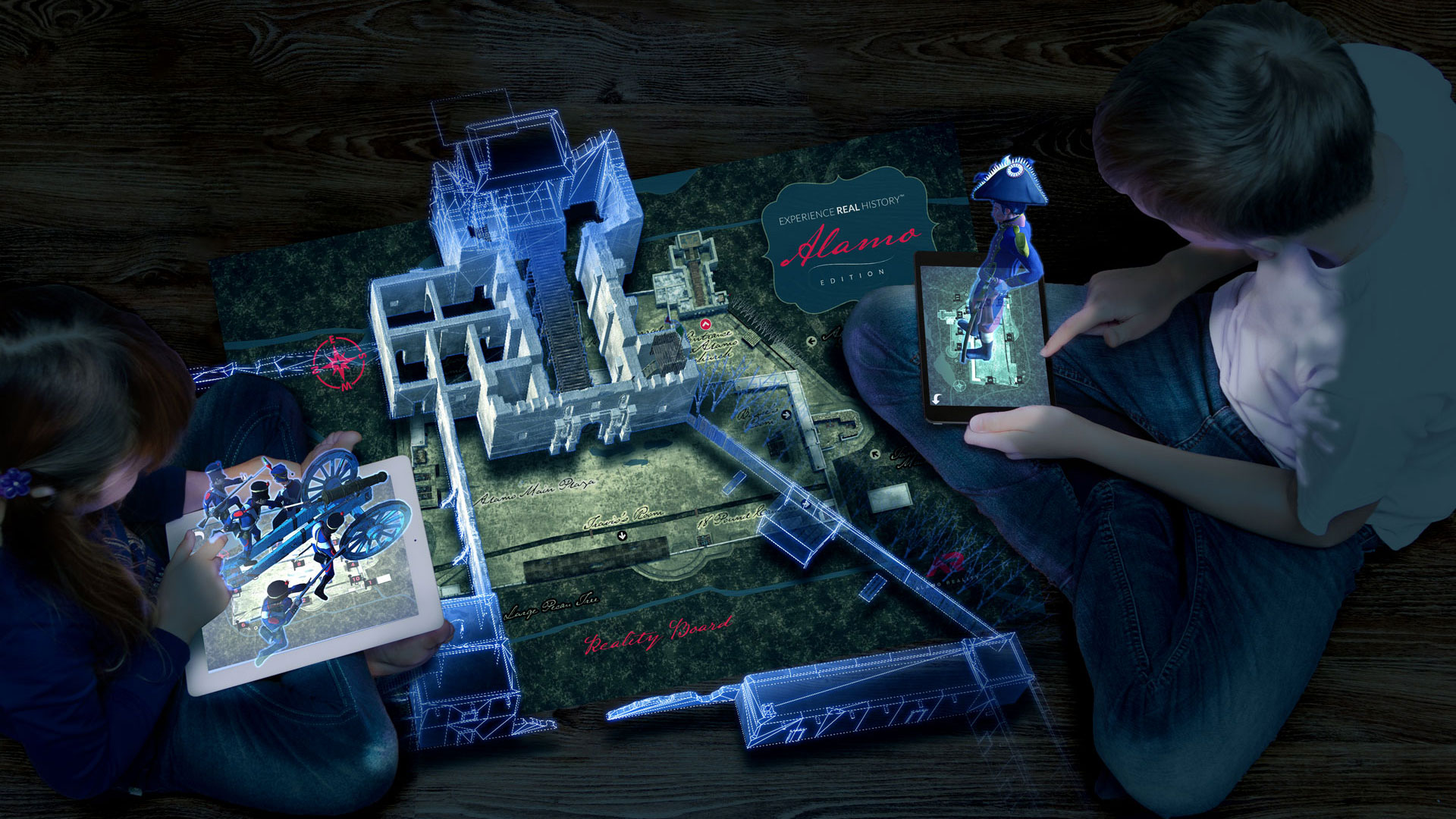 Using the latest technology, let’s travel back in time and visit the Alamo as it was in 1836.

Altuit called and explained the details of Alamo Reality. The new project would be carefully based on historical fact. Not myth. An expedition back to the world that David Crockett awakened to see … at least until the day of the final assault–March 6, 1836. The day Crockett died.

Only one problem. The Alamo of 1836 no longer existed. The church was still standing, along with a few buildings, but most of the legendary garrison had been erased by time and urban development. To reconstruct the Alamo of 1836 would mean tearing down a lot of expensive buildings. Followed by careful reconstruction of the walls, structures, and cannon batteries that existed more than 180 years ago. Not possible, in reality, but absolutely possible using cross-reality technology. Altuit, had the power to perform just such a miracle.

With today’s smart devices, we can open a window on the past using augmented reality. We have the technical wizardry to overlay a forensic reconstruction of the Alamo as it was, displayed across the Alamo we see today. A forgotten world … dynamically remembered.

Light for dim remembrance. And the future of history.

The archeological reconstruction created for Alamo Reality presents a powerful vision. Carefully researched and scholarly. A miracle of visualization. It made sense to embed this hard won, cross-reality masterwork into other educational products. Today's history explorer can use the Alamo Reality app to explore the actual historical site. They can also research breakthrough curriculum, from collector cards, action figures, and puzzles, to a book that includes the time machine, created for Alamo Reality. A revolutionary textbook where the narrative literally jumps off the page.

Alamo Reality  is not only a stunning experience for the user, those of us who worked on the project were introduced to the unbounded possibilities of cross-reality publishing. Light for dim remembrance. And the future of history.